The Thirteenth Doctor: A Concept

Welcome to the universe, Jodie Whittaker! 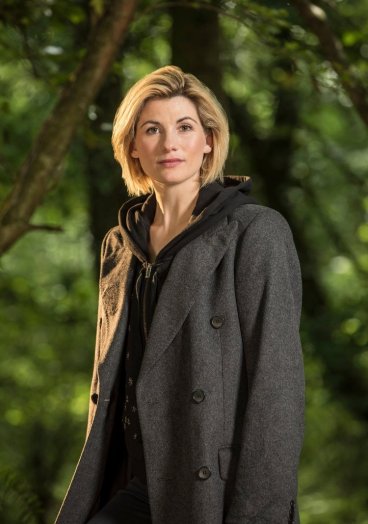 What an astounding piece of news, the future is female. I’m so thrilled that the show has finally made this step forward and I can’t wait to see what Jodie and Chris do with the show; I think we’re in for a real treat in the coming years and the 13th Doctor will certainly go down in history.

Speculation right now is rife as to what Jodie will do with the role and what sort of bearing her gender will have on the character. She’s already being put through the usual run of the mill questions regarding how it feels to be cast, what she’s excited about, and more importantly, what she’ll wear.

Obviously, I don’t tend to focus on women’s clothes on this blog but with the casting of Jodie I thought I’d turn my hand to designing the Doctor’s new look. Obviously, I’m almost certainly miles off and she could end up in something totally different – but this is just an initial musing on my part…

I took a great deal of inspiration from smart, strong women I’ve known throughout my life and given the look a certain professorial nature along with a quirky use of colour and semi-formal silhouette.

I’ve used relaxed, comfortable fabrics along with a good use of rougher, more rugged textures to make the outfit harder wearing. I’ve thrown in a few colourful accessories and a pair of tortoiseshell glasses the Doctor can pop on from time to time – the return of the brainy specs!

The use of suede brogues and chambray lends a slightly tom-boyish air to the look while the overall silhouette is distinctly feminine, without being overtly stylised or impractical.

While some fans are seething at the news, I for one am absolutely thrilled and I can’t wait to see where the show goes from here. I think we’re lucky to have been given Jodie; a terrific actress with a clear respect for the role and the show.

Time will tell what’s going to happen, but I’m incredibly optimistic that we’re in for a good run!

3 thoughts on “The Thirteenth Doctor: A Concept”