Preparing to Say Goodbye to Twelve

At the time of writing there are only two episodes left for the twelfth Doctor. Tomorrow sees the finale of series 10 and then we have the Christmas special which will see Peter Capaldi exit the show by regenerating into an (as yet) unannounced actor or actress.

As I sit and type this on a breezy Friday morning, it suddenly strikes me just how unprepared I am to see the end of the twelfth Doctor’s era. Peter Capaldi has, without a shadow of a doubt, been one of the best things to happen to the show since its’ inception back in 1963. Capaldi’s performance has always been that of a true thespian; emotive, deep, layered, and complex. While other fan favourite Doctor’s only went skin deep with many of their more emotional scenes, Capaldi manages to illicit a real gut-wrenching emotional responses from the audience with the merest look.

This may well be due to his years of experience in the industry, or it could be down to his

immense love of the show. Either way, Capaldi never turned in a less than outstanding performance as the Doctor, even when the scripts were sorely lacking.

Indeed, Capaldi’s era has seen some truly remarkable episodes, and some truly unremarkable ones… Series 8 was, by and large, forgettable, with 9 and 10 getting better and better. Indeed, this season has been (in my opinion) one of the strongest continuous runs in the show’s history.

Through all the ups and downs, however, Capaldi has been a wondrous custodian of the role and the show and never fails to amaze with his generosity in regards to time spent meeting and greeting fans, doing press interviews, conventions, and much more. Peter truly lives and breathes the role and I’m always touched to see how much of himself he gives to the fans. 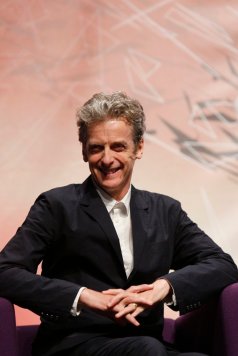 Aside from the incredible performances, the iconic imagery displayed throughout his tenure in the role has been nothing short of incredible; who could forget the Doctor playing guitar stood atop a tank? Or frock-coated Doctor staring down Rassilon in the dusty dry-lands of Gallifrey? From Doc Martens, to velvet, to sonic sunglasses, the twelfth Doctor has been a joy to behold both aesthetically and from a performance stand point.

While this reads as a somewhat gushing love letter to the twelfth Doctor, I can’t short-sell how amazing his run on the show has been and just how saddened I’ll be to see him go. While I’m immensely excited to see who the thirteenth Doctor will be, and just where Chris Chibnall will take the show, nothing can soften the blow of leaving twelve behind.

In short, I’m not sure I’ll ever be ready to say goodbye to twelve, but I’m not sure Peter Capaldi ever will be either and with that in mind, I don’t doubt that he’ll always be a proud and passionate emissary for the role and the show.